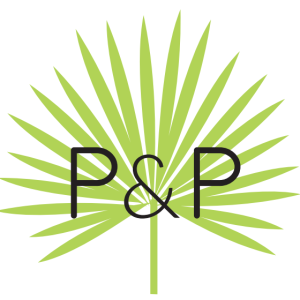 The mental health community has long-since struggled to find a label that explains the reason mothers may feel out-of-sorts when becoming a parent. Luckily, thanks to the work of professionals in the field like Dr. Alexandra Sacks, medical professionals are adjusting their language and may soon be using the term “perinatal mood and anxiety disorders (PMAD).” PMAD attempts to address the transition to parenthood as a spectrum, from conception to pregnancy, to adjustment, and all the emotions, moods, anxieties, and stresses that occur along the way. Dr. Sacks also speaks about “matrescence” and “patrescence,” which are very fitting terms, similar to adolescence, used to describe the vast collection of physical, emotional, and hormonal changes that affect the family as they all make the transition to parenthood. In my opinion, I think her work is phenomenal, and long overdue. Check out her Ted Talk here if you haven’t already seen it. Seriously, when you’re done reading this go watch it. You won’t regret it.

My husband and I have another term to add to the mix: Postpartum Disorientation. This is what we refer to as “The Baby Vortex.” The vortex is the fourth trimester that begins the moment some reliable someone says, “Okay, it’s time to have the baby now.” Of all the things people told me before I had my first baby, no one mentioned the baby vortex. No one.

I thought I would be somewhat prepared. I am a United States Air Force Veteran. I’ve been through Basic Military Training (BMT because everything in the military has an acronym), and let me tell you that I only thought that was difficult until I gave birth to the toughest training instructor I’ve ever encountered. Looking back, there were so many similarities between BMT and the first three months of the vortex. Another woman veteran echoes these sentiments in an article written for Military.com, “6 Ways That Boot Camp And Motherhood Are The Same.”

Sleep deprivation is a very effective tool in re-conditioning human behavior and reasoning. Especially when someone is screaming at you intermittently and randomly and you are expected to respond at all times with the utmost sense of urgency and nary a complaint.

Showers are less than ten minutes long, and forget about makeup and meditation. You’ve got things to do, and not one of them has anything to do with looking at your reflection for any reason.

3. “Forget doing anything by yourself ever again.”

Someone will be going to the bathroom with you. Always. At least my Battle Buddy didn’t follow me into the stall or demand to be nursed while I went number-two (which is really weird and I’m so glad that’s over now).

At first, we essentially starve. The baby is quite literally sucking the life out of you if you’re nursing, and is also holding you cuddle-hostage on the couch while you unsuccessfully try to learn to gobble whatever anyone is kind enough to bring you with one hand. And forget about hot coffee. The upside? Plenty of time for binge-watching! Just kidding, you’ll be falling asleep without even realizing it. Kind of like, “A Nightmare on Elm Street,” the lines between consciousness and unconsciousness become indiscernable. See number 1 for more details.

5. “It feels like it lasts forever…but suddenly you blink, and that phase is over.”

The days feel excruciatingly long, until all of a sudden, it’s over. Where you were holding a newborn, there is now an infant. But how did this happen? It’s the vortex in action, and it bends time like that kid in “The Matrix” bends the spoon. Time turns completely inside-out. The seconds crawl by but the years go “poof” and every birthday comes faster than the one before.

Sohlberg puts it best, “Above all else, the Army emphasizes teamwork and the importance of taking care of each other. You succeed–or fail–as one. This is why, if an individual soldier in your platoon messes up, you all get dropped. Boot camp is designed so that you physically cannot complete it by muscling through on your own; you must rely on your teammates and on your ability to communicate, collaborate, and accomplish the mission together.

I firmly believe that motherhood requires the same type of collaborative effort, whether between parents, family, or the village of well-meaning people you corral together. No mother is an island, and as humbling as it may be to admit it, we all could use a little help sometimes.

Ultimately, both military service and motherhood are arduous tests of any woman’s mettle. Each is a call to service, a journey rife with obstacles that demands constant sacrifice and unwavering commitment. But the rewards–the deep sense of personal fulfillment, the lifelong camaraderie, the pride in being part of something bigger and greater than yourself–these things make it all worth it.”

To all the parents in the baby vortex dealing with postpartum disorientation, there is nothing wrong with you. You will graduate, and for that you are a true soldier and I salute you.